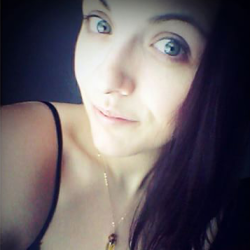 Monsanto; for some, the name is quite foreign and unfamiliar. For a quickly growing mass of health & environmentally conscious, the name is synonymous with government corruption & corporate greed. And for an elite chosen few, the name Monsanto triggers a Pavlovian response, lusting for paid campaigns and sketchy lobbyists. You may have seen their commercials that have been buzzing around the cable channels & internet radio or the ads in your favorite home and garden magazine. You may also remember the controversy surrounding the company in the 60’s and 70’s, amidst a radical period of war, peace and a psychedelic-fueled fight for human rights.

The behemoth Monsanto, based out of St. Louis, Mo – is an herbicide, pesticide and seed company worth $14.861 billion dollars (2013). Monsanto has been recently making headlines regarding their genetically modified seeds and toxic herbicides & pesticides. Genetic modification is the process of manipulating genes from one species into another entirely unrelated species. Unlike cross breeding or hybridization—both of which involve two related species and have been done without ill effects for centuries—genetic engineering forcefully ruptures the naturally-occurring barriers between species. Because the injected genes can come from bacteria, viruses, insects, animals or even humans, GMOs are also known as “transgenic” organisms. Because genes operate in a complex network in ways that are still not fully understood, genetic engineering can result in both known and unknown or inadvertent consequences. Monsanto also produces Bt Corn, which tolerates the use of toxic herbicides including Roundup Ready, who’s key ingredient Glyphosate has been deemed a ‘probable carcinogen’ by the World Health Organization (WHO) just a few months ago. The corn has been genetically altered to express one or more proteins from the bacteria Bacillus thuringiensis. The protein is poisonous to the European corn borer, which causes about a billion dollars in damage to corn crops each year. Although the FDA and Monsanto claim GMOs to be perfectly safe, studies and numerous testimonials have linked the consumption of genetically modified organisms (GMOs) to a multitude of serious health issues including obesity, damage to immunity and gut flora, Autism, Parkinson’s, Alzheimer’s, Cancer, degenerative diseases, birth defects and shorter life spans. Although the list is ever changing, more than 60 countries around the world have significant restrictions or outright bans against the production and sale of GMOs. For those unfamiliar with Monsanto and their notorious reputation, let’s take a stroll down memory lane so you can familiarize yourself with Monsanto’s contribution to humanity.

“…more than 60 countries around the world have significant restrictions or outright bans against the production and sale of GMOs.”

What can be said about Monsanto’s trail of death, destruction and greed that has not already been said? Since Monsanto’s birth, countless citizens from around the world have pleaded with the U.S. Government (among others) to end the tyranny – unfortunately, their voices have been silenced by “chosen” officials they’ve entrusted to keep them safe. Not only has Monsanto operated almost completely unchecked for over 100 years, they have used their extreme wealth and powerful connections to push around & bribe heavy-hitting politicians, lawyers and assemblymen to ensure their business plans are met and their end goal is satisfied.

One can speculate into the various reasons as to why Monsanto and their affiliates choose to operate under such unethical and downright psychopathic business practices, but before settling on a definitive hunch – you need to first be aware of the individuals who allow and endorse such devastation to our soil, our water, our food and most importantly – to our people. Meet me on my next post to uncover the illustrious men and women who are responsible for allowing such atrocities to take place. Until then…love & light.